The Perplexing Patent Process: Should You DIY Or Hire An Attorney?

If you think you're ready to move forward with a patent idea, fantastic! But, where do you begin? Should you try it yourself or hire a pro? These questions have plagued many inventors over the years, and hopefully, the following information will help you to make the right decision.

The Benefits Of A DIY Patent

If you're a proverbial inventor, you naturally want to be in total control of your creation and everything that happens to it, moving forward. Establishing a patent on your own will definitely keep you in charge. The fewer people you speak with about the invention, the better, unless they are bound by a non-disclosure agreement. If you're able to complete the application process completely on your own, you'll also spare yourself the expense of hiring an attorney.

The Potential Dangers Of DIY

Unfortunately, applying for a patent is very involved and the paperwork is complicated. If you make a mistake along the way, you could become entangled in the Certificate of Correction cycle with the Patent Office, which could be fatal to your new idea, if there's anyone else out there vying for first dibs on it. At the very least, you need to file a provisional patent as soon as you're ready and able; this will "hold" your idea for the next twelve months or until which time as you can hammer out all the details of your invention and apply for full patent protection.

Even the slightest error on your paperwork can harm you, so if you do opt for the DIY route, proceed with great precision and request at least two complete applications: one to practice on and the other to formally submit.

The Benefits Of Hiring A Patent Attorney

To begin with, you're unlikely to suffer with migraines the way you probably would if you completed all the paperwork yourself. There will likely be a huge sense of relief on your part, after you've relinquished the tedious burden of patent paperwork to a qualified attorney. Additionally, you've probably overlooked important aspects of the process, simply because you were unaware of them in the first place.

Maybe you should invest in an international patent, to avoid having your idea mass-produced in another country, completely undermining your entire business plan? If your new idea involves the use of any existing technology, such as an app, is it in conflict with someone else's software patent, or will you need a separate software patent of your own to coincide with your idea? There are also future considerations involved, which may be out of your perceptive field right now, such as scaling your business up in a few years, after upgrades to products have been made, which would involve updates to your patent or filing a new one all together.

It's also crucial that you have the ability to enforce the patent laws, which will protect your idea for the 20 years after you've been granted a patent. Knock-offs and imitations are all too common, and if you're not right on top of the perpetrators, you could lose everything. Having an attorney from a firm like Thompson Patent Law on your side from the get-go could mean much more than being granted your first patent.

The Drawbacks Of Hiring An Attorney

Unless you're an eccentric, mad scientist type of inventor who hardly ever leaves the confines of your laboratory (and there'd be nothing wrong with that), there aren't any major drawbacks to seeking the assistance of a patent attorney, other than the costs you'll incur. Provided you select a lawyer you're personally compatible with, patent specialists know their business and will take you through the process with relative ease.

If you are a great researcher, though, who is highly organized, not intimidated by legal terms or filing deadlines, and can really keep a project well managed, no law mandates you hire a lawyer.

Preliminary Action You Can Take On Your Own

Because you really should, at some point, contact a patent attorney, you can avoid some of the more technical matters; however, whether you do or don't, there are steps you can take before filing, to either eliminate part of the cost involved or to qualify your idea as viable before you proceed:

Conduct your own patent search. You can do this online and if you discover your idea already exists, you'll save a lot of time and money, being able to get back to the drawing board, if applicable. The United States Patent Office also has very specific guidelines on whether an idea qualifies as new and patent-able; thus, if you can answer these questions on your own, you'll be much better off.

Prepare to incorporate. An attorney will also help you establish your company, if you haven't done so already, but you need to know a few things, first, such as if you'll want to form a partnership, be the sole proprietor, or gather investors to facilitate the business.

Draw up meticulous plans for your invention. The Patent Office is pretty picky with their paperwork, and while a patent attorney can handle most of the work on their own, they are going to need some rock-solid blueprints from you. Be prepared to clearly demonstrate every aspect of your invention, inside and out.

The choice to hire a patent attorney or DIY is major, so give it the time and consideration it deserves. Congratulate yourself already, though, because too many people leave great ideas simmering in their minds, never bringing them to fruition in reality. 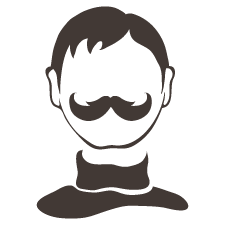 When I graduated college with a degree in accounting, I was excited to start my career. Because I couldn’t find a job at a nearby public accounting firm, I accepted a teaching position at my alma mater. After five years of teaching accounting principles, I resigned my position in order to launch a home based business. For the past two years, I have enjoyed being my own boss. I love working while wearing my favorite sweat pants, t-shirts, and socks. However, sometimes, I still have legal questions regarding my business operations. On this blog, I hope you will discover the ways a business attorney can help you successfully launch the company of your dreams. Enjoy!